The Ultimate Pivot to Streaming Video 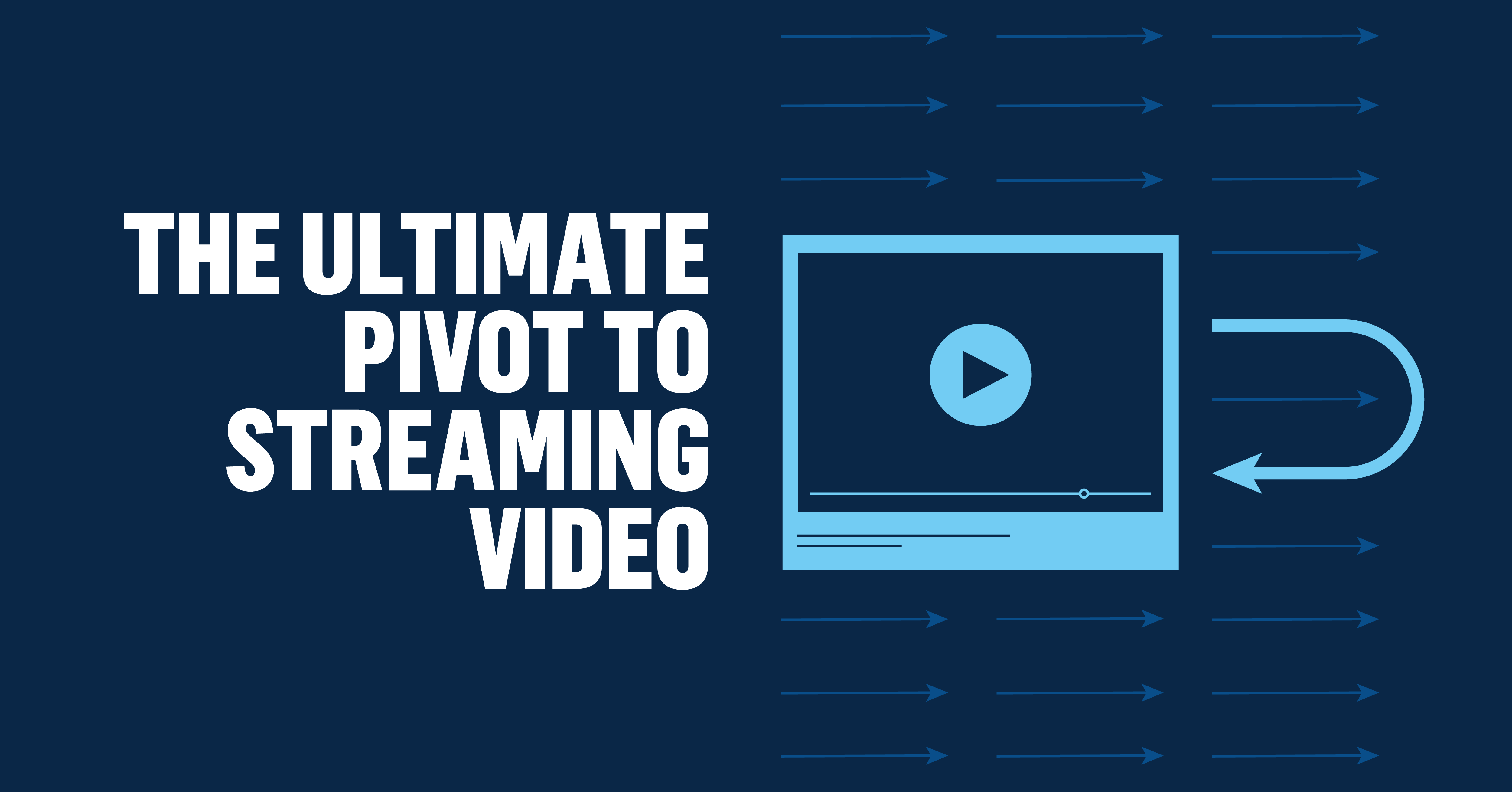 Here we are in a place that we could never have imagined only a short time ago; robbed of audiences, our lifeblood. As the realization has slowly descended upon us that this won’t necessarily be a short intermission from the way things were, we have been forced to reckon with the idea of embracing a new way of delivering our art.

If you haven’t already started, you will soon be charged with creating theater on video. As organizations rush to develop new content and platforms, we can see firsthand where it hits and where it misses.

I would like to talk about those differences and how we can embrace the new landscape in a way that isn’t just a stop-gap but that helps elevate our art form in new and exciting ways.

The first thing I would like to address is the internal resistance to this change. The push-back to livestreaming I too often hear is, “Theater isn’t compelling without an audience.” The simple answer to that is: you do have an audience. The difference with streaming is that every one of them has a front-row seat. You can put them wherever you want. And you can shift their focus instantly. You can show them work that is nuanced to a degree never before possible.

The first step is to see the use of streaming video not as a limitation but an opportunity. An opportunity to tell stories in a new way. How would you stage something if you had no limitations?

Some may argue that this isn’t theater. But it is storytelling. And ultimately, that’s what we do. We inspire, enlighten, entertain, and enthrall, using the stagecraft of theater. That’s something we can still do.

No, we’re not necessarily making theater in the traditional sense, but the goal isn’t to make a film either. We are creating a new theatrical art form. One that will not only expand our ability to create magic and emotion in new ways but to reach audiences never before possible.

Along the way, we’re going to try things that fail. Not every production that pushes the envelope succeeds. But for the ones that do, the benefits right now are enormous. You will use theater to create a new form of art that will live beyond the pandemic. One that will become an extension of how we tell stories. One that will reach more people and as a result, bring more people back into our theaters, when we are able.

Productions Staged for the Camera

When reimagining a production that will only be staged for the camera, I advise my clients to avoid staging it as though there was an audience, and as though there were a proscenium, or an upstage or downstage.

Our instinct is to create a production as we normally would and then capture it on camera. By doing this, you are highlighting the missing energy of the audience, rather than embracing the freedom that this medium gives you artistically.

We make this adjustment instinctively when we stage for different types of venues. Think as you would if you were to mount the production in a radically different venue from your own. If you are used to staging for a proscenium, what would you do differently if it were in the round? What could you do if it were outside? Or interactive? Would different moments within the same production benefit from a variety of these perspectives?

Your venue is now a blank canvas in which scenes could be staged from the balcony to backstage and in any direction. How would you tell your story if you could take your audience anywhere, from the most intimate corner to the broadest landscape?

Watch classic films to see how the language of the camera affects a scene. The camera isn’t a passive, neutral eye. It always has a point of view that affects how we experience a scene. The reason that what you are now making isn’t a film, but a new art form, is that what you are capturing with these cameras is the craft of theater, the thing that transcends film and thrills audiences.

I encourage you to look at theater makers who have done this successfully in the past.

Think of Spalding Grey’s incredible Swimming to Cambodia directed by Jonathan Demme. That was a brilliant performance that was made even better through the use of camera placement and editing. This half theater/half film hybrid reached audiences and created fans for Spalding Grey that never had a chance to see him live.

I also highly recommend taking a look at Vanya On 42nd St., directed by Louis Malle. This filmed version of Uncle Vanya was so much more than a captured production. By stripping away everything but the performances, the director was able to tell the story through the camera with a clear point of view. This incredibly compelling production wasn’t actually theater but it also wasn’t a film. It was something else entirely. It didn’t try to be either and yet it was the best of both. It was one of the best productions of Uncle Vanya I ever saw. More importantly, it made me want to see it on stage even more.

Yes, this is a very bleak time in many ways. But the opportunity to create something truly extraordinary has never been more present. You can do this.

Mark Ciglar is the founder and creative director of Cinevative—a creative studio specializing in commercial and motion graphics production for the performing arts. Cinevative is a proud sponsor of Boot Camp 2020.