Seth Godin: Ideas That Unlock the Future for the Arts 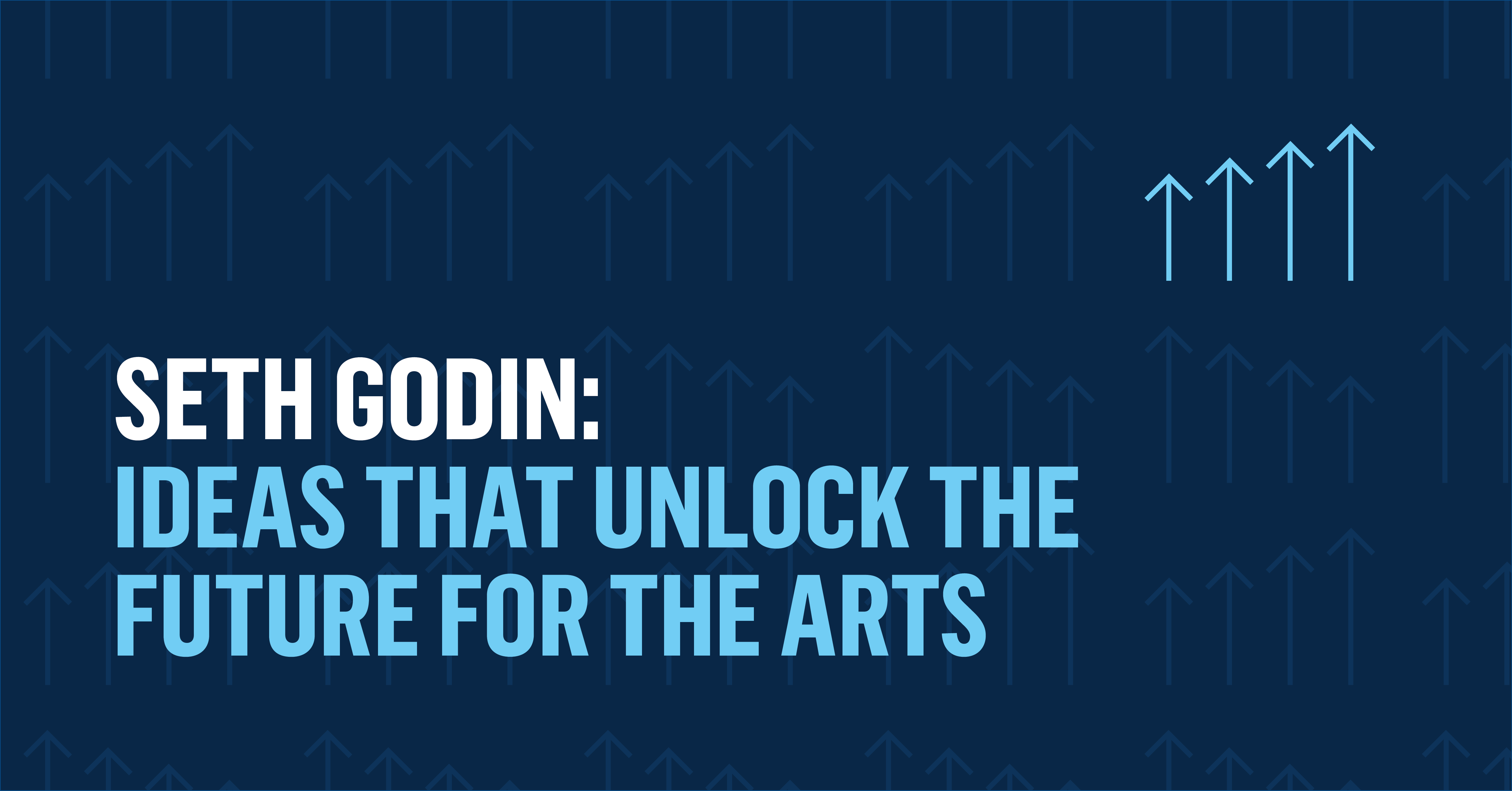 I had the privilege of interviewing one of my heros, Seth Godin, for the CI to Eye podcast. I waited for years to gather the courage to ask him to be a guest on the podcast. We spoke in early April 2020 during the height of the COVID-19 crisis.

Seth shared so many thoughtful and sound ideas for arts leaders. Read these ideas carefully, think about them, and share them widely as they unlock the future for the arts. If we can metabolize these ideas and find ways to put them into action, I think we will be okay.

Seth’s “CI to Eye” final words of wisdom bear repeating: “You already know what to do, and you've been hesitating to do it, but this would be a good time to do it.”

On The COVID-19 Crisis

Seth Godin: “There have been more changes in my lifetime than in anybody else's lifetime in history. They just didn't all happen all at once and they didn't happen to everyone at the same time. So, the birth control pill, television, women choosing to work outside the home, shifts in the political dynamic, the idea that anyone with $149 can fly somewhere across the world; on and on. If any of those things had happened in a two-week period of time, we would have been just as whiplashed by it.”

Attending Cultural Events Ties to Identity and How That Will Change

Seth Godin: “From 1850 to 2020, people in a civilized town needed to show their status compared to the other people in that town. That status signaling, which goes back to Shakespeare and beyond, is something that we do in theater all the time but we needed an organized way that did not involve dueling pistols for people of means to show other people of means that they had something. One way to express that is by endowing a theater or having a subscription to the Philharmonic or… you get the idea.

After the economy gets through this slog, the rules will probably be different and the methods of signaling will change and the very idea of something being alive and being out of home will change. Now, that doesn't mean they go away, but they will certainly change. And so, what does it mean to be a member of a museum? What does it mean to be a subscriber? What does it mean to go to opening night, or even a gala? All of these things are going to be disrupted for years to come. What we learned from Schumpeter is that you don't have to like destruction for it to feel creative. The question is, ‘Who will step into that void?’”

“It's entirely possible that you could find and groom an audience to trust your program director’s choices about what will be on offer but you, as a marketer, have to make it so that going out is worth $100, worth the hassle, worth all of it because staying at home and listening on a decent set of headphones, you'll actually hear a better performance. That's not what's on offer."

“I don't think we have to program pops in order to get people to come; I think what we have to do is make it stand for something to even go. As we've seen media consumption shift, it's harder and harder to sell seats because there are other choices that have less scarcity, that are an easier way to spend our time, or that deliver the status hit that people are looking for when they decide to consume art."

How to Make Digital Experiences Valuable

Seth Godin: “Scarcity creates value. Scarcity is something that should not exist for healthcare or for nutritious food but it is essential that it exists for any commerce-driven form of arts because if there's no scarcity, then you can have it for free. So, what is scarce?" 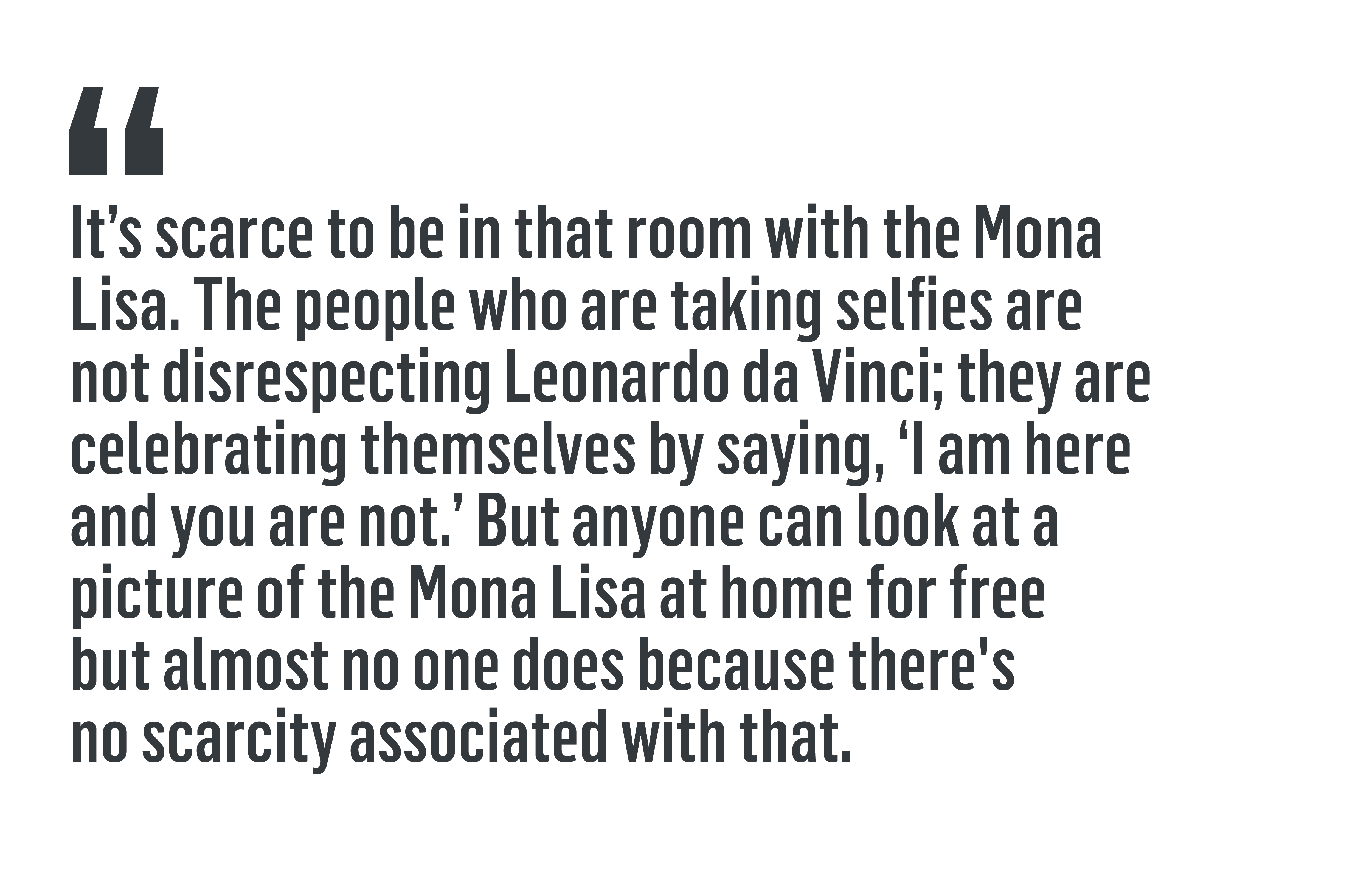 “Here's what’s scarce going forward: connection, belonging, being an insider, being in the circle. Being in the circle is scarce and you are used to selling that to people on the Board. You're used to selling that to people who want to be part of a thing when there are outsiders. This tribal behavior is why Harley Davidson was a $1 billion company. So, the question is, “Who is going to be the impresario, the organizer, the assigner of status and connection in whichever community you serve?” because that's what you've always been selling; you just thought what you did was have a building.”

A Minimum Viable Audience is All You Need

Seth Godin: “If your museum can let 2,000 people in a day or your theater can seat 350 people or your hockey arena has 15,000 seats, by any form of math, we have to round that to zero. Zero percent of the tourist population of New York City goes to the Metropolitan Museum of Art every day. Not one percent; zero percent. It's 0.00-something but it's closer to zero than one. That doesn't even count residents; that's just tourists. So, in order to have a line out the door, a waiting list; in order to be busy, all you need is zero. Maybe one. Let's go for one."

Seth Godin: “The only reason I saw David Byrne on Broadway is because a colleague in Boston, David Meerman Scott, said I had to go. He didn't say that because he knows or likes David Byrne; he had a selfish incentive to talk about it and that's going to be true for anybody who talks about any piece of art you make. They have to have a selfish reason that helps them with their goals, or else they're not going to talk about it." 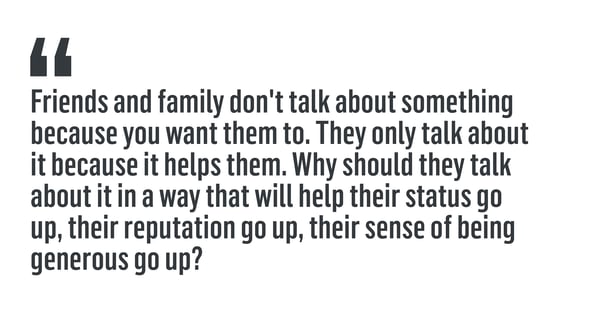 “The funnel still matters but then the step after that is saying, ‘Now that I'm talking to you, I'm going to give you something that will help your status if you talk to other people. Don't do it for me. Do it for you.’”

The Importance of “Seeing" Your Patrons

Seth Godin: “In April, 2020, what humans want more than anything else is to be seen. That we are feeling very disconnected and alone, both physically, but also emotionally, because we're afraid and we're afraid we're suffering in silence.”

The Power of Connection

Seth Godin: “Everyone, without exception, doesn't know what you know, doesn't want what you want, doesn't believe what you believe in, might not even need what you need, and that's okay. That, if we're going to serve other people, we have to connect with them."

Seth Godin: “You already know what to do, and you've been hesitating to do it, but this would be a good time to do it.”

Listen to the full episode here.