Refresh Your Digital Advertising Mix with a YouTube Focus 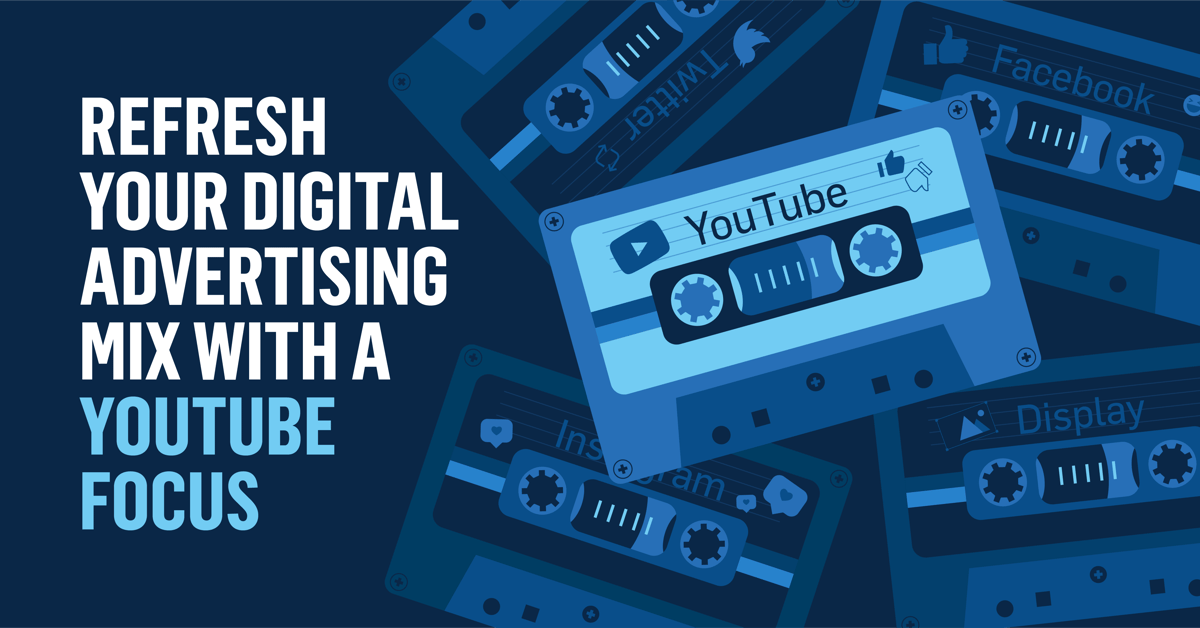 At CI, we’ve long advocated utilizing YouTube advertising if you have the content to support it. Historically, we saw it as an excellent supplement to other channels, driving strong video views and brand awareness, but not many direct conversions.

But lately, we are seeing a shift, with YouTube also driving some stellar ROIs—sometimes even stronger than what we see reported on display and even Facebook—in addition to remaining a reliable tool for awareness.

Whether you’ve been advertising on YouTube for years or have never taken the plunge, now’s a moment to consider if an increased investment in YouTube could help you achieve your marketing goals.

What does YouTube bring to the table for arts marketers that’s unique from other platforms?

It has an incredibly vast reach:

Potential ad reach of 2.56 billion—more than half of the total internet users out there!

Its usership is on the rise:

This year’s Ticket Buyer Study showed a 14% increase in viewing videos on YouTube at least weekly.

YouTube is like TV that you can measure—but at a lower cost and with greater targeting capabilities.

Adaptable to your budget; unlike other channels, that charge by impression, on YouTube, you only pay when someone chooses to watch at least 30 seconds, views the entire ad, or engages with your ad (like clicking on a call-to-action overlay, a card, or a companion banner).

The performing arts like dance, music, opera, and theater are all about sight, sound, and motion—key components to an unskippable video.

Our long-time client, Steppenwolf Theatre, has partnered with us on their digital campaigns since 2016. For their premiere production of King James this year, we ran YouTube ads alongside Facebook, Instagram, and display campaigns. Each channel performed well, but the results from YouTube were astounding: the YouTube campaign drove a 400% ROI. This was in no small part influenced by the powerful video content the campaign featured.

Since YouTube ads are skippable, it’s crucial to grab the viewer’s attention in the first five seconds, so they stick around to watch. This video, which is a great example of content to catch the eye of new audiences, achieves this, with upbeat music, eye-catching graphics depicting a DJ in a colorfully lit booth, and then a shot of the set, with an actor shooting a rag across a bar as if it’s a basketball.

From those first few seconds alone, you might not even know that this is an ad from Steppenwolf for a show called King James—but it’s attention-grabbing enough to prompt the viewer to stick around and find out. 21.62% of the time audiences were served this ad, they viewed or interacted with the video; this is slightly higher than Steppenwolf’s average view rate.

The campaign also featured this long-form ad, perfect for retargeting audiences, where the playwright discusses the play’s themes.

This content performed impressively, with a 28.5% view rate. This video features Steppenwolf’s logo prominently in the first frame, meant to catch the eye of those retargeting audiences who were likely to recognize and be enticed by the brand.

Pro Tip: Experiment with videos for audiences inside and outside your universe. Use short, attention-grabbing videos for newer audiences and save the longer, in-depth interviews for audiences closer to making a purchase (like those who viewed the short video, your site visitors, or your CRM list).

We’ve been running show-specific YouTube campaigns for The Joyce Theater as part of our larger digital marketing partnership, but our acquisition campaigns to reach new audiences only ran on Facebook, Instagram, and display.

In March, we added evergreen YouTube campaigns to their acquisition strategy and were blown away by the success. Though the campaigns performed well across channels, the YouTube campaign—which targeted custom affinity audiences who had an interest in dance—outperformed the rest with a click-through rate of 4.73%. It also had a very low cost per acquisition (CPA) at only $0.19.

The campaign used two similar videos of different lengths; one was 15 seconds long, and the other was 25 seconds long. The shorter video had a lower CPA and a higher CTR than the longer video:

Both videos did well, but by A/B testing two video lengths for this campaign, we were able to identify that shorter ads will likely perform better for these acquisition audiences in future campaigns.

Pro Tip: Play around with video length and A/B test your videos to see how audiences respond. It’s a great idea always to keep testing and continually learning what makes your content most impactful.

Earlier, we mentioned that we recommend investing in YouTube ads if you have the content to support them. So, what does that mean?
Unlike Facebook and Instagram, where you’re likely to catch your ticket buyers scrolling almost every day, YouTube audiences visit the platform less frequently (check out the Ticket Buyer Study for more on this!)—though they’ll likely spend substantial time watching videos when they do visit.

Tailor your content. Think about serving different videos for various audiences and leaning into evergreen videos.

Grab the viewer’s attention. You have about five seconds to do this, so they stick around and watch. Don’t start with your logo—think about a captivating intro frame that will draw them in.

Sell the experience, not the product. This is crucial across all content types but is especially important for video. Check out this example from Steppenwolf:

It’s not just about ads. Consider your YouTube presence overall and how you can populate it with engaging content for your audience. Check out this example from the Guthrie Theater:

Ultimately, your ability to create impactful content for YouTube ads depends on your capacity to create engaging videos that speak to your audience and reflect your brand. If that’s not within your means, then no sweat! It may not be the platform for you. But if you have even one great video— like an evergreen branding video or a trailer for an upcoming production—it may be worth trying this season.