Picture this: It’s a beautiful June morning. Your mind is clear of polar vortexes or snowfall up to your waist. You’re beginning a Facebook ad campaign for an upcoming artist coming to your organization. You’ve been provided a gorgeous video, paired it with quippy copy, and tied it together with a clever call-to-action. You click ‘Publish,’ and your campaign should be live soon. How satisfying! Check that off of your to-do list. But, soon you (or your digital marketing team) get this email:

From: Facebook Ads Team
Subject: Some of Your Ads are Disapproved

#%!$*!. All of your hard work, down the drain. What do you do now? Rebuild the post? Sue Facebook for censorship?

Take a deep breath. Facebook’s ad review process has become stricter within the last year. You’re not alone. We have all been frustrated by how often gorgeous ads are not going live.

Of course, these rules are set in place for a reason, but they can be infuriating to art marketers when we know that our content isn’t malicious or misleading. We know that art is meant to challenge and educate, but the bots review teams are not as enlightened as we are. While we wait for the world to become just a little bit more open-minded, here are some strategies on getting content approved as you strive to reach your attendance and sales goals.

First, let’s look at what commonly gets disapproved in the arts industry and why.

Profanity
“Ads must not contain profanity or bad grammar and punctuation. Symbols, numbers and letters must be used properly without the intention of circumventing our ad review process or other enforcement systems.” -Facebook Advertising Policy

For most content creators, this generally isn’t an issue. But, every so often we are tasked with promoting a piece of work that has profanity in the title. Many regional theaters had to navigate this issue when Stephan Adly Guirgis’ The Motherfucker with the Hat became a popular programming choice across North America.

Additionally, this policy will block images that Facebook considers profane. This can be challenging when the key art for a performance or an exhibition is designed months in advance. If that image contains an obscene gesture or a reference to profanity, it could be disapproved.

“But wait…my organization isn’t campaigning for 2020,” you may ask, “why does this apply to me?” That’s a great question! Unfortunately, Facebook’s sweeping ad policies flag a wide margin of what it considers to be “political.” If your organization is producing work that has to do with immigration, civil rights, LGBTQ issues, women’s rights, or even education, your content can be disapproved under “political content.” We are producing works that deal with those issues – we’re in the arts industry, Facebook!

Luckily, this is the most straightforward issue to fix. Facebook wants its users to know who is paying for any promotion related to a controversial topic. You simply need to become authorized to run what Facebook calls “Ads Related to Politics or Issues of National Importance.”

Once you are authorized, your ads will simply have a small line of text that reads, “Paid for by [name of organization],” which isn’t a huge deal. We all assume that when a post says “Sponsored” that it was paid for by the organization it’s promoting, right? Here’s more information on how you can get authorized.

In some cases, Facebook can still consider your topic as exploiting a “controversial political or social issues for commercial purposes.” When this happens, you’ll have to rework your content.

Nudity/Sexuality
“Ads must not contain adult content. This includes nudity, depictions of people in explicit or suggestive positions, or activities that are overly suggestive or sexually provocative.” -Facebook Advertising Policy

Unfortunately, this is one of Facebook’s sexist policies and the hardest to get around. From our experience, female-presenting breasts and buttocks are what trigger this disapproval most often – no matter how sexual in nature.

You can have plenty ab-ilicious shirtless men (good news for all you Joseph and the Amazing Technicolor Dreamcoat fans), but once that nipple is perceived by Facebook to be on a woman’s body, they will shut it down faster than Carrie the Musical’s 1988 Broadway run.

This policy will also disapprove any content Facebook deems as “sexual.” This has been an issue for many modern dance companies where female dancers move their hips, or when your graphic designer presents a hypersexual poster for your latest production of Romeo & Juliet that takes place in a futuristic, feminist mining community.

Art can sometimes be gory or shocking. Sometimes that imagery is folded into our marketing content. This disapproval doesn’t pop up as nearly as often as the other three mentioned above, but it is something to be aware of.

My Ad is Disapproved - Now What?

Before we dive into proactively managing our content, we should talk about Facebook’s ad appeal process. Facebook disapproves many, many pieces of content that are actually compliant. This happens most often with the nudity and sexual content policies. Videos of female dancers or nude paintings often get drummed up in disapprovals and can be easily appealed.

You can appeal your disapproved ad here.

Your appeal will either be approved or rejected. If it’s rejected, this is, unfortunately, the end of the line, and it’s time to reshape your content. Facebook provides pretty vague feedback, so don’t expect a straightforward answer on why your ad specifically was denied. If approved – congrats! You can run your ad.

Here is an example of an ad from Cincinnati Art Museum that was disapproved due to nudity (brief female nudity at :12), but was approved once it was appealed.

Start Early
Organizations generally plan out their seasons and exhibitions at least a year in advance. If you know you have an artist or production that may fall into one of Facebook’s ‘no-no's,’ start acquiring assets and building out creative as soon as possible. You can upload an ad to Facebook Ads Manager at any time, turn the ad off (so it won’t serve), and still see if it will be approved by Facebook. You can never be 100% sure what will make it through Facebook’s guidelines until you try.

Communication Is Key
Talk with the artists involved. They are more than likely aware of the response their work gets. This is also your chance to manage expectations with the artist. Some artists are sensitive to how their art is portrayed, and you can let them know sooner rather than later that to get butts in seats or bodies in galleries, you may have to come up with an alternative title to their work or only display certain pieces in advertising.

Animation/Text
Sometimes you just can’t show any of the assets your artist has provided! Using text or animation to convey the topics of a piece can be a smart alternative. Here is an example from a recent presentation at NYU Skirball:

Although this post would likely not be flagged (as it features scantily clad men, not women), it’s a great example of how you can use text to convey a message. Now, there is a chance that your video can be disapproved for too much text, so make sure to choose a thumbnail that’s a part of the video with no text on it.

Cut, Cut, Cut!
Cut your video. Crop your photos. If my mom were a southern woman or a drag queen, she would’ve told me, “You don’t need a perfect apple to bake a good ole fashion apple pie.” Basically, if one part of your image or video is the reason your content is being disapproved, it doesn’t mean you have to throw the whole thing out! Crop it or cut it. Do what you must to make that piece of content promotable.

The Joyce Theater recently presented L-E-V Dance Company, which had visible female-presenting nipples in one of its promotional videos. The video was disapproved. They recut the footage, and we were able to use it in their campaign.

Carolina Performing Arts recently presented Hieronymus Bosch: The Garden of Earthly Delights, a piece by Compagnie Marie Chouinard that featured nude dancers throughout. Every piece of content provided included visible breasts or buttocks. The team strategically took existing images and cropped them to promote on Facebook. 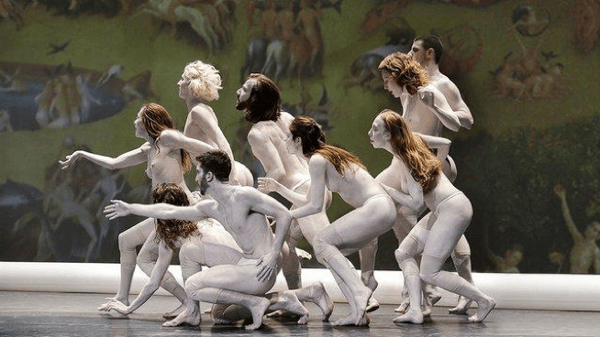 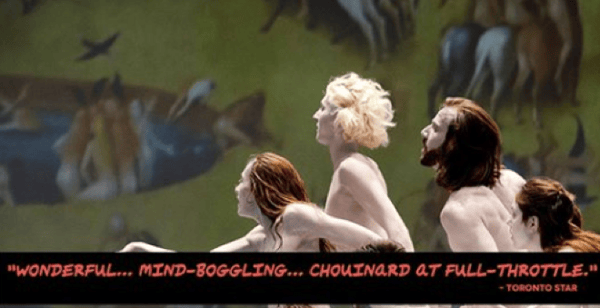 Lean Into It
Being controversial can be a selling point! Many of our patrons attend productions or exhibitions to be challenged. Letting them know the material on your stage or in your gallery that is so challenging, it’s even too much for the Internet can be the perfect incentive to drive attendance.

Playwrights Horizons recently mounted a production of Tori Sampson’s If Pretty Hurts Ugly Must Be a Muhfucka. This is a title they are not allowed to post on Facebook in their ads. They made this a conversation topic in their promoted posts – calling out The New York Times for calling the title of the play “unprintable.”

Don’t Hide, Talk About It
The Joyce Theater presented a work by choreographer Maguy Marin which featured rape and violence towards women. They didn’t shy away from that in their content.

The Facebook ad review process can be confusing and frustrating. It will continue to change and evolve, and these tips may not be relevant a year from now. But – for today – be vigilant, appeal when disapproved, and don’t stress. Most of these policies are out of your control. Good luck, content creators!